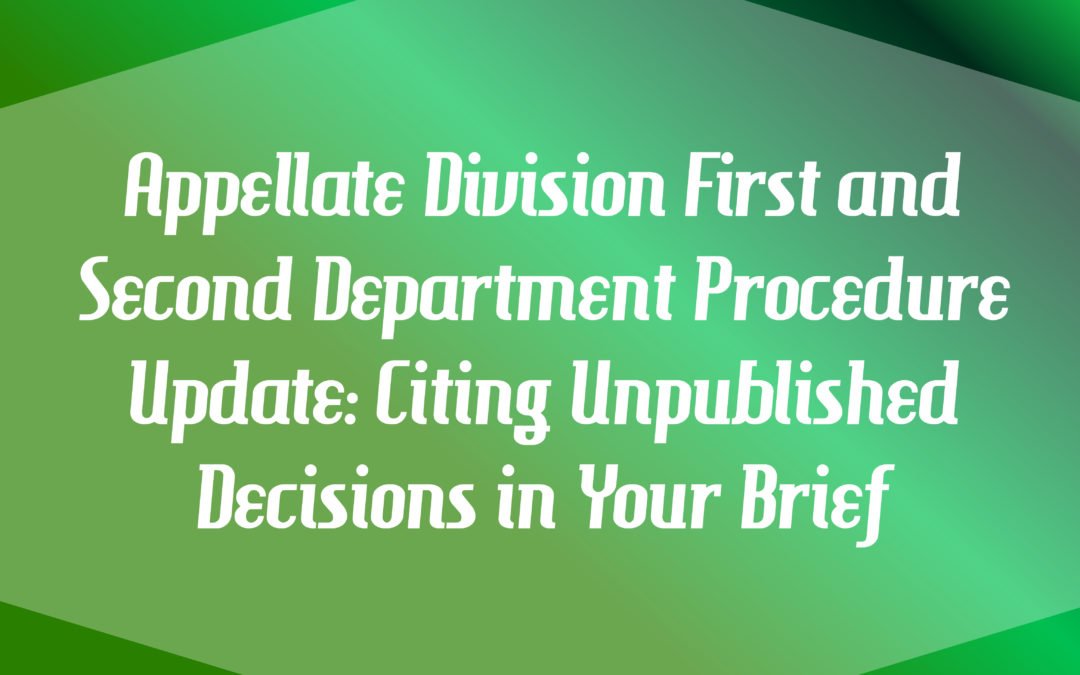 Over the past few years, there has been a significant increase in the number of unpublished decisions. If an attorney working on appeal decides to cite an unpublished decision in the appellate brief, he/she may also wish to provide copies of the decision for the court and the adversaries on the appeal. The First Department does not state a firm rule on how to present these decisions, whereas the Second Department’s book of rules indicates that “Briefs may contain an addendum composed of decisions… that were not published…” (Rule 670.10.c (h) (1)). In practice, attorneys have, from time to time, overstepped this rule and have been overinclusive with documents attached to the briefs. As a result, both the First and Second Departments have consistently taken to rejecting briefs when copies of unpublished decisions are attached at the back. These attachments are ripped out and discarded. In furtherance of the Courts’ directions on this issue, we have been advising clients to write a letter explaining that he/she cited unpublished decision(s) in the brief; and is now providing copies (6 copies) separately for the Court’s convenience should they wish to reference them. The copies are to be placed in a separate envelope which accompanies the brief being filed.