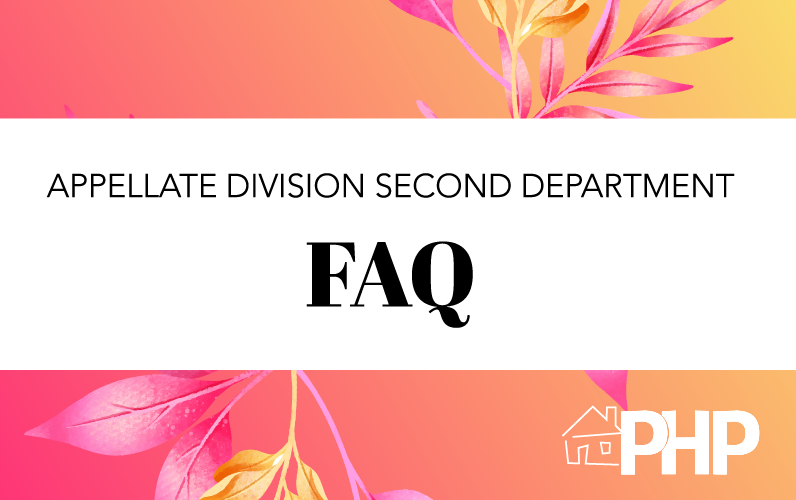 Q – Can more than one party appear on the brief cover as arguing an appeal in AD2?

A – No, the court requires that only one person be listed on the cover as arguing an appeal. Of course,
if for any reason that attorney cannot appear for argument, the attorney taking over for Oral Argument
can simply appear at court the day of the scheduled argument, as long they are from the same firm, and
advise the court that they will argue in place of whomever was listed on the cover.

Q – Can both my firm and co-counsel’s firm appear on the Record and Brief cover in AD2?

A – No, co-counsel firms cannot appear on the covers. The Appellate Division Second Department requires
that only ONE firm be designated as Attorney for the Appellant or Respondent. Both firms cannot appear
unless one is designated Appellate Counsel to the other, at which time the court will require a
Notice of Appearance to be filed with the appeal.

Q – What are the practices for filing a Supplemental Record in AD2?

A – A Supplemental Record may be filed upon a fully executed stipulation if the stipulation contains
the following very specific language: WHEREAS, the contents of the Supplemental Record are properly part
of the Record on Appeal as that term is defined in CPLR §5526 and section 1250.7(b) of the Practice
Rules of the Appellate Division (22 NYCRR §1250.7[b]) but were inadvertently omitted from the
Record on Appeal previously filed with the Court.

Q – What must an attorney do in order to appear as Appellate Counsel on an Appeal at AD2?

A – Appellate Counsel must file a fully executed Notice of Appearance which copies all counsel in the case.
If, on the other hand, an attorney is substituting as new Counsel of Record, a Substitution of Counsel form,
fully executed by outgoing and incoming counsel, as well as the client being represented, must be filed at AD2.