How does one request Oral Argument in the New York State Appellate Division? 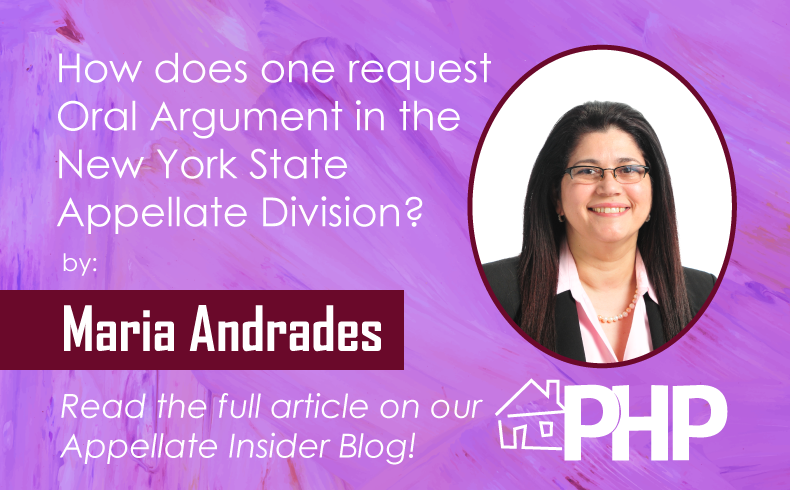 The responsibility for requesting argument time falls on each individual party filing a brief with the Court.  The brief covers must contain the amount of time being requested. No more than a total of 30 minutes is allowed for argument time.  The only exception is in the Third Department when the appeal is taken: (a) from a judgment; (b) in an action on submitted facts; or (c) in a special proceeding transferred or instituted in the Third Department.  In these instances, each party is permitted 30 minutes of argument time.  The Court of Appeals of the State of New York also allows 30 minutes per side for arguing.  In instances where there are multiple parties to the appeal and the specific rules do not apply, if 30 minutes is not sufficient time to give each party the opportunity to argue its point, a letter of explanation must be submitted to the Court before the matter is scheduled for oral argument.

In all New York State appellate courts, no more than one attorney is heard for each brief filed unless the Court grants permission (upon application prior to the argument date) allowing more than one attorney to argue. Moreover, if no time is requested, even if the cover reflects to be argued by, no time will be granted and the appeal will be decided exclusively on the filed documents.