HOW IS THE ARGUING ATTORNEY CHANGED IN THE APPELLATE DIVISION FIRST AND SECOND DEPARTMENTS? 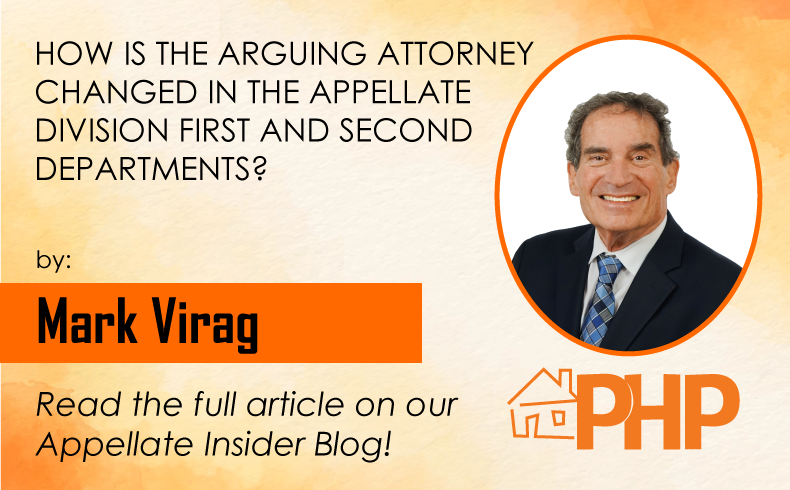 Oral argument may be requested in both the Appellate Division, First and Second Departments (AD1 and AD2). They each have their own protocol when the arguing attorney on the Appellate brief cover will not argue the appeal and is requesting another counsel within the firm to argue in his/her place.

AD2 has a more relaxed approach as to who, in the end, will argue the appeal before them. In AD2, you must email the Court a letter—copying all parties—advising that new counsel will appear for oral argument. The letter is emailed to the Clerk’s Office at AD2-ClerksOffice@nycourts.gov and is not required to be filed electronically on the NYSCEF system.