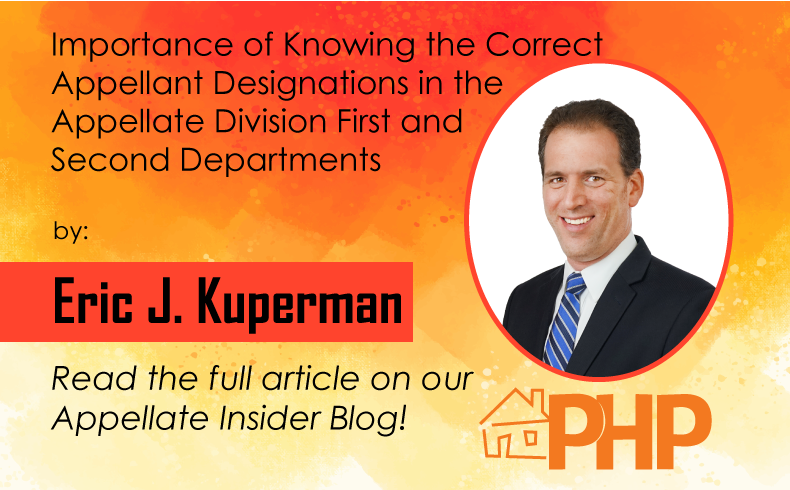 The distinction between co-appellants and cross-appellants has very real ramifications with respect to filing deadlines of respective briefs at the Appellate Division, First and Second Departments (hereinafter, AD1 and AD2, respectively). If parties are co-appellants, they are united in interest with respect to the arguments being raised and therefore should file simultaneously. In AD1, that means the briefs should be filed for the same Term, even if not filed on the exact same day (as long as they are both filed on or before the deadline for the particular Term). Conversely, AD2 requires that co-appellant briefs be filed simultaneously.

Cross-appellant briefs are named as such because the various appellants generally have issues amongst each other (in addition to the issues they have with the Respondent). Thus, since counsel will want to make arguments with respect to the other cross-appellants, they cannot feasibly file at the same time. Ideally, there should be a briefing schedule which sets forth the order of briefs to be filed. Such a briefing schedule permits for the parties to systematically file their briefs such that all arguments are sufficiently presented while permitting all cross-appellants to address the previously filed briefs and for the Respondents to address the arguments in response to all of the different appellants who previously filed. In AD2, a briefing schedule is less critical because every brief deadline is measured from the brief filed immediately prior thereto. In AD1, however, because appeals are filed in particular Terms (which come with rigid filing deadlines), a briefing schedule is critical because most often, cases are filed “across” multiple Terms and the designation of deadlines in such a briefing schedule helps both the parties and the court correctly calendar the matter.