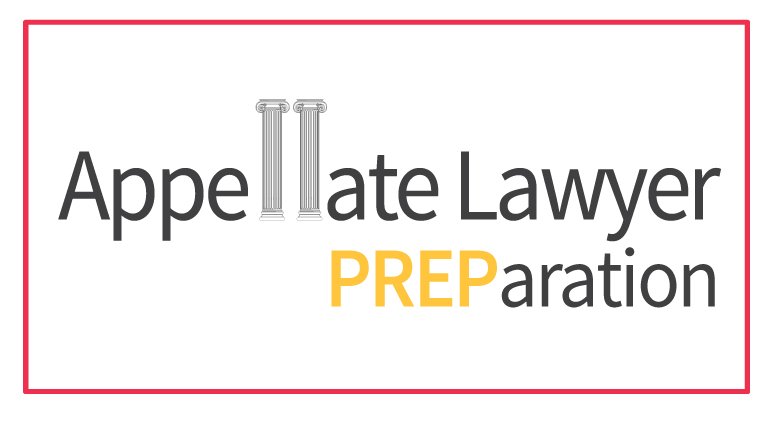 RESTARTING THE ANNUAL CLIMB: THIS YEAR WILL BE DIFFERENT

Patterns are very much like habits, good or bad, they tend to repeat. It is no exception at PrintingHouse Press in which business/client development projects tend to follow a cycle that revolves around appellate courts’ calendars, and particularly around Appellate Division First Department Terms. Traditionally we launch new services/solutions in April and September – “off-peak” times with respect to major filing deadlines. While 2012 began in a similar fashion to any other year, 2013 is starting much differently. Over the past decade PrintingHouse Press has ascended from number six in the appellate industry to number one in total appeals filed, and we have built on our reputation as the innovators of the appellate industry. Thus we now roll out new developments year round. Out of the gate this year, we introduced several new solutions for clients and for the appellate industry at large: the recently launched PHP-NYSCA Brief Repository – a free and fully searchable online database encompassing all New York State Court of Appeals’ briefs filed for the 2012 term and beyond; the significantly enhanced PrintingHouse Press client web-portal; our newly launched LinkedIn discussion board named Appellate Lawyer PREParation; and this inaugural edition of the PrintingHouse Press newsletter, which carries the same name as the discussion board and covers the most popular discussion topics.

The purpose of this newsletter, unlike many other blogs and newsletters that simply summarize the news, is to provide guidance on complex appellate court procedures, share our knowledge and best practices gleaned from over forty years serving thousands of appellate attorneys nationwide, and to disclose updates on recent developments in the State and Federal appellate courts. The articles within Appellate Lawyer PREParation are written by PrintingHouse Press’ senior appellate consultants, who are renowned industry experts. We hope you find this publication useful. We welcome suggestions for future articles as well as feedback on the newsletter in general.

There are various differences procedurally between the Appellate Division First and Second Departments. One glaring difference, which greatly affects when appellate briefs are due to be filed and served, is the existence of Terms in the First Department, and the lack thereof in the Second Department.

A procedural issue that arises consistently, especially in the Appellate Division, First Department, where a Term Calendar governs the briefing of all appeals, is the mechanics of the briefing schedule where there are multiple appellants as well as respondents. Where there are two or more notices of appeal filed off of the same order, it is very important to determine your appellate designation, which will determine when your briefs are due. It may be necessary to consult with the other parties and the court itself.

First, an appellant must determine whether the other appellant’s position is adverse in any way. If the appellants are completely aligned in interest, they are co-appellants, all of whom will be designated “appellant.” In this scenario, all appellants will perfect their Brief for the same Term. The respondent will put in its opposition and the appellants will follow with their reply briefs.

However, if the appellants are adverse in interest to one another, then the appellant who filed his Notice of Appeal first will be designated “Appellant-Respondent” or “Appellant-Cross-Respondent.” The appellant who filed his notice of appeal second in time will be designated “Respondent-Appellant” or “Respondent-Cross-Appellant”. If these two appellants are the only parties with a stake in the appeal then the briefing would be the same as hereinabove described, except there would be an extra (final) brief filed by the Respondent-Cross-Appellant replying to the Appellant-Cross-Respondent’s opposition to the cross-appeal.

While that might sound confusing, there is a scenario which complicates matters even further – the situation where there are two adverse appellants and a respondent who is also adverse to both of them. In this instance, the respondent would put in his brief after both appellant’s have filed theirs. As the briefing progressed, the parties would find that they had crossed over into the next First Department calendar term and they could no longer argue the appeal in the Term for which the appeal had originally been noticed. It is in this situation that all parties need to confer and agree on a briefing schedule and notify the court of same.

This is the simplest way around the issue. Another slightly less popular way would be stipulating to a scheduling order and noticing the appeal for the term in which the last reply brief falls. [N.B. You can stipulate to any dates you like but the term in which you fall and when you will have oral argument will be controlled by the filing of the last brief.]

In the Second Department, the deadlines by which attorneys must file and serve their briefs are governed by the date on which the previous filer has filed and served as well as by the manner of that service – e.g. regular mail, personal service, etc. (For instance, if served by regular mail, the next opposing brief receives an additional five days to file and serve his brief on top of the statutorily permitted time. For purposes of this posting, all time limits are computed based on personal service.)

Accordingly, once Notices of Appeal are filed, appellate designations are determined and the primary appellant has filed and served his/her brief, the balance of the briefs to be filed with respect to the appeal will fall naturally into place depending on those designations and the dates and methods of service of the preceding brief.

If, however, the multiple appellants (at least two) are Cross-Appellants (i.e. they are adverse in interest), the timing of filing and service changes. The Appellant-Respondent (the filer of the first Notice of Appeal) and Respondent-Appellant (the filer of the second Notice of Appeal) file as if they were Appellant and Respondent, the difference being that the Respondent-Appellant will be entitled to the last word in his Reply Brief (in further support of his/her Cross-Appeal).

Complicated? Yes. But the timing and brief deadline requirements in the Second Department obviate the need for a briefing schedule. As a caveat, although a briefing schedule is not a necessity, it behooves a Respondent to confer with the multiple appellants to ensure that his/her Respondent’s Brief is not filed prematurely. The Respondent only has one bite at the apple. Surely you would not want to file a Respondent’s Brief after receiving the first Appellant’s Brief only to be served thereafter with a cross-appellant’s brief, to which you would no longer be entitled to respond.

APPELLATE DIVISION FIRST AND SECOND DEPARTMENTS: ENSURING THAT CO- OR CROSS-APPELLANT SHARES IN THE COST OF THE JOINT RECORD

As the rule(s) in both Appellate Division First and Second Departments suggest, you should contact your adversaries with respect to the contents of the Joint Record or Joint Appendix to ensure that all appellants are on the same page. Do not simply assume that being served with a notice of appeal/cross-appeal that your
adversary is aware of the cost-splitting rule and will happily comply with it. In addition, your adversary may not intend to perfect the appeal.

In that instance, it would revert to a Record or Appendix rendering cost splitting to be moot. When reviewing the Order being appealed, determine whether any other parties were adversely affected by the subject Order. If so, call that party to inquire as to whether he or she intends to appeal that portion of the Order which adversely affected them.

In addition to the above, even after agreeing to split the cost, the parties may disagree on whether to file a complete Record on Appeal or go with the ‘Appendix method’ – as this affects the cost of the appeal (including copying, printing, electronic and paper filing). One of the appellants may insist on putting ‘everything’ in, while another appellant may determine that some [lower court] documents have no relevance to the issues in the appeal, and therefore wish to leave these out. If this is the case, the parties can apportion the costs. For example, if one party makes a strong enough argument against including ‘everything’, they may pay a smaller percentage of the costs for preparing/printing the Record.

If all else fails and your adversary refuses to share in the cost of the Joint Record or Joint Appendix, you may be forced to move to compel him to do so in the Appellate Division. Rest assured, the Appellate Division will not take kindly to the conscious disregard of the very clearly stated rule with respect to cost splitting.

PERFECTING YOUR APPEAL IN THE APPELLATE DIVISION FIRST AND SECOND DEPARTMENTS: “APPENDIX” METHOD VS. COMPLETE RECORD ON APPEAL

The New York State Rules of court provide for two methods of perfecting an appeal. The first method entails filing a complete record on appeal, which would include all documents filed at the lower court which led to the order being appealed to the Appellate Division. The second is the limited “Appendix” method, which would only include documents that would actually be cited to by all parties.

After a motion is decided and an appeal has been taken, a typical record on appeal would consist of all the motion papers (for and against), all attached affirmations and exhibits, replies if any were filed, the order being appealed and all notices of appeal related to that order. A transcript of oral argument may also be included but is not required. A record on appeal which is filed after a trial verdict would consist of the pleadings, the trial transcript, all exhibits admitted into evidence, the notices of appeal and the order.

Normally, it is recommended that all documents should be included in the record as it facilitates the decision-making process for the judges and gives context to the parts of the record that are being cited in the briefs. However, there are times when it makes more sense to omit documents that were filed with the lower court. In many instances the focus of an appeal will be on one or a few specific issues decided by the lower court. As such, there might be many documents that are completely irrelevant to both sides, which won’t be cited to in the briefs, and thus won’t be necessary for context. The Appendix method provides a way to omit those documents and prepare a more cost-effective court filing.

When proceeding on the Appendix method an appellant must first file a subpoena with the lower court and have the file transferred to the Appellate Division. This ensures that the judges will have an opportunity to review documents that were omitted from the Appendix. The cost of filing the subpoena could be hundreds of dollars depending on the size of the court file.

The appellant, when omitting documents, must ensure that the appendix includes everything that will be cited to in the brief and it must also include all the documents that the appellant can reasonably anticipate the respondent(s) will need to cite to in its brief as well. If, after making this determination, there are hundreds and maybe thousands of pages of exhibits that aren’t needed, or entire motions or cross-motions that aren’t being addressed in the appeal, then this would be the time to consider proceeding on the Appendix method.

A cost/benefit analysis would then be warranted to see if the cost saved by removing the unnecessary documents (costs including copying, printing, electronic and paper filing) outweighs the contextual benefits of having every docume