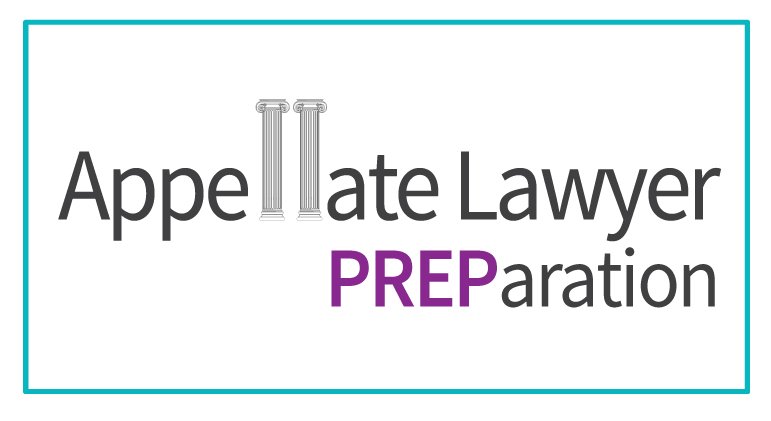 MOTIONS TO STRIKE OR DISMISS AND THE LIKELIHOOD OF SUCCESS

Motions to “Strike a Brief” are rarely filed, and ultimately, almost never granted in full. However, it is common for a motion to “Strike,” or to “Dismiss an Appeal” to be granted in part.

Typically, these motions would only be considered when too many documents were omitted from the Record on Appeal (the “Record”), or if the Record included documents outside the scope of the issues argued in the brief. Under such circumstances, the Court would most likely grant the motion in part, ordering the party originally responsible for the Record to correct/amend the portions of the Record (and/or brief) in question, but denying the dismissal portion of the motion. Essentially, the Court is not looking for a reason to dismiss an appeal outright on a technicality. The Court is much more likely to require the correction of the Record to ensure the facts of the case are properly before the Appellate Division.

Keep in mind, part of the responsibilities of the clerk’s office is to make sure the appellate panel members are receiving the exact same documents which were originally considered by the Judge in the Court of original instance. The Appellate Division exists to hear appeals and decide cases on the merits and will make every effort to do so in all cases, rather than dismissing an appeal on a technicality.

I want to file an Amicus Curiae Brief. What is the procedure? Are there timing deadlines?

In the Second Circuit Court of Appeals, if one wants to file an Amicus Curiae Brief, permission to file must be requested, and obtained, from the Court pursuant to FRAP 29. A motion, with an attached copy of the proposed Amicus Brief, must be filed with the Court no later than seven days after the brief which it purports to support has been filed. The motion should demonstrate why an Amicus Brief is desirable and why the matters asserted are relevant to the disposition of the case.

The Amicus Curiae Brief must not exceed 7,000 words and must conform to the FRAP 32 requirements for the filing of briefs in the Second Circuit. There are no extensions of time granted on Amicus Brief deadlines and though Briefs in opposition to an Amicus Brief are not required, one may be filed by a party whose position is adverse to that of the Amicus Curiae. Any such opposition should be filed within 15 days from the order granting the relief or within 15 days after the service of the Amicus Brief. Provided the Amicus does not have Electronic Case Filing System access on the particular matter, the aforementioned filings must also be served on all parties.

As for oral argument, an Amicus Curiae may participate in oral argument of an appeal only with the permission of the Court.

The Second Circuit Court of Appeals notes specific deadlines with respect to timing of Appellant, Appellee and Reply Briefs (as well as for other filings). The deadlines for each subsequent brief (after the primary Appellant’s Brief) are measured from the date on which the brief immediately prior was filed (i.e, the Appellee must notify the clerk within 14 days after the last Appellant’s Brief is filed the deadline by which he will file his Appellee’s Brief.That date must be within 91 days of the Appellant’s Brief filing).

Moreover, pursuant to local rule 31.2, “A reply brief must be filed within 14 days after the filing of the last appellee’s brief.” The question arises, however, as to what happens when a filing is rejected―for instance, in this case, the Appellee’s Brief. If the Appellee’s Brief is filed via ECF on a particular date, but is rejected for whatever 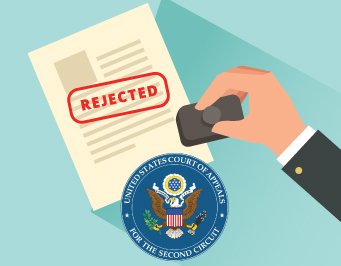 procedural defect, and is corrected 2-3 days later with a new ECF filing, when is the Reply Brief deadline? Does the Appellant derive the benefit of the Appellee’s defective filing and get the extra 2-3 days for his Reply Brief?

Make a note of this so that you’re not late!

TIMING TO PERFECT AN APPEAL IN THE APPELLATE DIVISION, FIRST DEPARTMENT

Periodically, I receive a phone call from a panic-ridden client who thinks that, notwithstanding the fact that he had always thought he had 9 months to perfect in AD1, he has either blown a statute, or is about to, which requires him to perfect his AD1 appeal within 30 days of filing his Notice of Appeal. Invariably, I counsel my clients to take a deep breath and relax. It is one of the idiosyncrasies of AD1 and, in most cases, the attorney has nothing to fear (provided his adversary has not filed a motion to dismiss his appeal if not perfected within those first 30 days).

The relevant, and seemingly contradictory, rules are as follows:

30 Day Rule: Pursuant to Section 600.5(d) of the New York State Rules of Court, “the record on appeal must be filed or caused to be filed within 30 days after filing of the notice of appeal.”

9 Month Rule: Pursuant to Section 600.11(a)(3) of the New York State Rules of Court, “The clerk will place no civil appeal or cause on the calendar where the necessary papers and briefs are not offered for filing within nine months of the date of the notice of appeal from the judgment or order appealed from….”

The fact that these rules co-exist sets novices up for discomfort. The reality is that an Appellant typically has nine months to perfect an appeal at AD1. However, the would-be Respondent has may use the 30-Day Rule as a tool in his arsenal to force the Appellant’s hand. To wit, the would-be Respondent may move to dismiss the appeal if the Appellant fails to file the Record on Appeal within 30 days of filing the Notice of Appeal.

Upon receipt of the Respondent’s motion to dismiss, the Appellant simply needs to oppose the motion in AD1 and cite 600.11(a)(3), noting that he actually has nine months to perfect the appeal and that therefore the motion should be denied. Invariably, AD1 will conditionally grant the motion to dismiss the appeal, unless the Appellant perfects by a date certain, usually a term deadline which is earlier than the Appellant would otherwise have to perfect. Thus, AD1 enforces a compromise extending the deadline beyond 30 days, but shortening Appellant’s 9-month window.

MEMORANDA OF LAW: TO INCLUDE OR NOT

When compiling the documents that will constitute a Record on Appeal or Appendix, many appellate attorneys ask the same question regarding Memoranda of Law. Is it appropriate or acceptable to include them in the filing?

There is no rule at the New York State Appellate Division that states a Record or Appendix will be rejected if Memos of Law are incorporated. The standard answer, regarding whether they should be incorporated as part of the appeal, is usually that the Memos of Law may be included only if they have independent relevance. This means that either these lower Court briefs contain admissions of fact or there is dispute as to whether or not a point was raised below.

If, however, instead of filing an Affirmation in Support or Opposition, a party only filed a Memorandum of Law, then the Memo should always be included in the Record or Appendix, regardless of whether it has independent relevance or not. In omitting such a Memo, a key portion of the case documents would be missing from the Record/Appendix and the ensuing briefs, skewing the appellate Judge’s decision.

If a Memo of Law either has independent relevance or was filed in place of an affirmation and must be included in the Record on Appeal or Appendix, our customary practice is to then include all of the Memoranda of Law into the filing.