When preparing a Record on Appeal or Appendix for the Appellate Division, First or Second Department, you may occasionally wish to include a document that came before the lower Court but is illegible and therefore unhelpful to your appeal. The ideal answer is to locate a legible version of the same document—for example, a clean copy instead of a poor scan or damaged copy. However, if this is not possible, you must proceed further.

At the Appellate Division, First Department, reason and practicability appear to be the rule. Even without the Court’s permission, you may retype an illegible document (or its illegible portions) and attach the retyped, legible version to the illegible original. In addition, a certification must be attached to the retyped legible page stating that this is a retyped version of the illegible document for the purposes of clarification. However, if you are concerned that your adversary will raise objections and dispute the contents of the retyped page, you may, with the Court’s permission, submit the retyped legible document under separate cover, with an attached stipulation signed by all parties to the appeal.

DO AD1 AND AD2 ACCEPT MINUSCRIPTS IN A RECORD ON APPEAL OR APPENDIX?

Clients often submit materials for Records or Appendices that include minuscripts: documents that include two, four or more pages of transcript printed on one single page. In such cases, for example, pages 30 to 33 of a transcript would be minimized and reformatted to fit on one page.

The Appellate Division, First and Second Departments (“AD1” and “AD2”) take opposing views about including minuscripts in Records and Appendices.

AD1 allows minuscripts in appellate filings as long as there are no more than four transcript pages printed on a single sheet.

AD2, on the other hand, does not allow minuscripts to be filed under any circumstances. Even when a transcript was filed in minuscript form in the Court of original instance, when the appeal is perfected at AD2, those same documents have to be filed and served in their full-page format. This Clerk’s rule applies not only to transcripts, but to medical records as well as any other documents appearing two or more to a page.

Even if you are unable to obtain a full-size version of the document(s) at issue, our production facility at PrintingHouse Press can enlarge the four-to-a-page documents so that each page of the document will be reproduced on a separate sheet of paper.

The method for requesting oral argument varies in the Appellate Courts across New York State. Some Courts require the requested time to be stated on the Brief covers, while others require submitting a specific request form to the Clerk. Regardless of the method used, however, there is always a limit as to how much time each party may request.

In the Appellate Division, First Department (hereinafter “AD1”), a Request for Time to Argue form must be submitted on behalf of all parties involved in the appeal in order to obtain argument time. Indicating on the Brief cover that you will be arguing the appeal is insufficient; your appeal will be scheduled for submission instead of oral argument if the request form is not filed in a timely manner. It should be noted that the last opportunity to file the Request for Time to Argue form in AD1 is the day after the Respondent’s Brief deadline for the Term for which the appeal is being calendared.

Furthermore, pursuant to CPLR § 600.11(f) of the rules of AD1, the parties should confer and agree on the amount of time that will be requested for all parties, bearing in mind that a combined total of no more than 30 minutes is allowed for all the parties. If more than 30 minutes is necessary to give each party the opportunity to argue its point, a letter of explanation must be submitted to AD1 simultaneously with the Request for Time to Argue form. The Appellant usually files the request form, but there is no rule prohibiting the Respondent from doing so.

In the Appellate Division, Second, Third and Fourth Departments (hereinafter “AD2”, “AD3” and “AD4”), the responsibility for requesting argument time falls on each individual party filing a Brief with the Court. The Brief covers must specify the amount of time being requested. As in AD1, it is insufficient merely to state on the Brief cover which attorney will be arguing the appeal. Unless a specific amount of time is also requested, none will be granted, and the appeal will be decided exclusively on the filed documents. 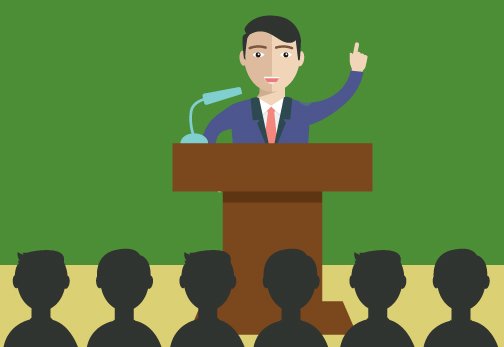 Also as in AD1, no more than a total of 30 minutes is allowed for argument time. The only exception is in AD3 when the appeal is taken: (a) from a Judgment; (b) in an action on submitted facts; or (c) in a special proceeding transferred to or instituted in AD3. In these instances, each party is permitted 30 minutes of argument time.

The Court of Appeals of the State of New York also allows 30 minutes per side for arguing. As in AD2, AD3 and AD4, oral argument requests at this Court must be specified on individual Brief covers.

ARGUMENT OR SUBMISSION: WHICH MAKES THE BETTER CASE FOR YOUR CLIENT?

Attorneys typically request oral argument time for their appeals (as opposed to filing on submission) in the Appellate Division, First and Second Departments.

The First Department identifies “enumerated” appeals in CPLR § 600.4(a). These appeals are entitled to argument time as long as the parties consult, determine how many minutes each side will request and then submit a Request for Time to Argue form. As stated in CPLR § 600.4(b), all other appeals are identified as “non-enumerated”. Non-enumerated appeals are not entitled to argument. On occasion, a party may write a letter to the Court explaining that, even though it is a non-enumerated appeal, argument is warranted for a particular reason. In these instances, the First Department may agree to grant argument on a case-by-case basis.

In the Second Department, it is simply a matter of reserving the desired number of minutes on the top right-hand side of the brief cover. Attorneys also have the option of typing “Submitted By” (in place of “To Be Argued By”) at the top of the brief cover. In this instance, when the case is calendared, the Second Department will take the case on submission without argument.

Typically, an appeal involving two adversaries will result in each side reserving 15 minutes of argument time. Of course, on the date of argument, depending on the extent of the docket, the presiding Judge will usually run down the docket of cases to be argued and ask that each side reduce its requested amount of time.

As to whether an attorney is better off arguing or submitting, there are different thoughts on the matter. Some say that the Court will likely make its decision on the papers submitted. Others posit that oral argument provides the opportunity to emphasize a particular point made in his/her brief. The bottom line is this: it is better to preserve the right to argue your appeal when possible. That way, if you elect not to argue, you may always rest on the papers filed and submit without argument. But even if you do not wish to add anything orally to what has been written in the appellate brief, appearing before the Court for argument offers the panel the opportunity to ask any questions it may have about the written submission. And if that is the one thing that winds up swinging the vote, it makes a strong case for requesting argument.

IS IT POSSIBLE TO POSTPONE ORAL ARGUMENT AT AD2 PENDING THE OUTCOME OF AN ORDER TO SHOW CAUSE IN A LOWER COURT?

I was recently contacted by an attorney who inquired whether he could hold at bay (or, essentially, stay) the scheduling of oral argument at the New York State Appellate Division, Second Department (hereinafter “AD2”) while a pending Supreme Court Order to Show Cause was being considered. No argument date had yet been scheduled by AD2, but the attorney wanted to prevent one from being scheduled until the Order to Show Cause had been resolved, since its resolution might render the appeal moot.

There are two modes of thinking on this one. First of all, AD2 is typically about one year behind in scheduling oral argument of fully briefed and perfected appeals. In fact, depending on the time of year, sometimes the delay in calendaring cases for argument is even greater. Therefore, if an appeal was recently perfected, the odds are that there is plenty of time before the appeal is calendared in AD2. Accordingly, I advised that if the attorney did nothing at all and the Order to Show Cause was resolved in the interim and rendered the appeal moot, he could simply stipulate to the withdrawal of the perfected appeal.

It is unclear how AD2 would react to such a motion as it is generally not inclined to adjust its docket based upon the happenings in the lower Court. However, it is safe to say that AD2 might, in fact, appreciate saving the time and judicial resources necessary to determine an appeal if there is a lower Court application pending that might obviate the need for AD2 to decide the case.