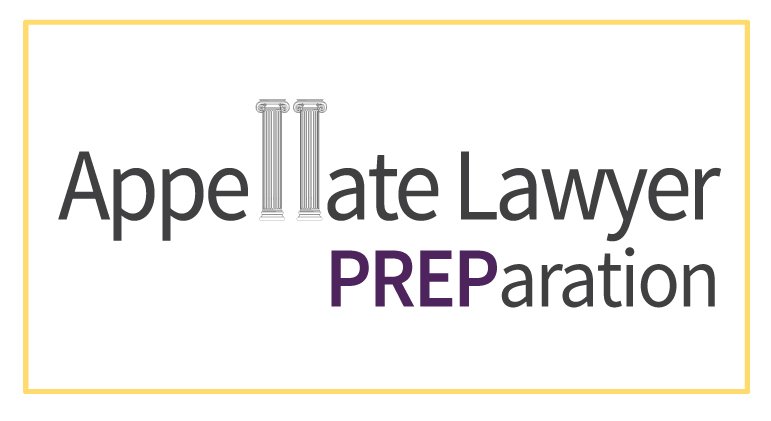 Filing Notices of Appeal for the Appellate Division,
First and Second Departments

When filing a Notice of Appeal for a matter to be perfected in the Appellate Division, my clients often note that there are a number of similarities between the procedures for the First and Second Departments.

For both First and Second Department appeals, Appellants have 30 days to file a Notice of Appeal after being served by hand with an Order and Notice of Entry. Appellants must file their Notice(s) of Appeal at the Court of original instance (i.e., the county Court), along with the Order or Judgment appealed from (with Notice of Entry) and proof of service. There is also a $65.00 filing fee required. Appellants must be sure to serve a copy of the documents on each party involved.

Despite the basic similarities in filing a Notice of Appeal in these two Courts, there are also several important differences.

Also, the First Department requires that the Pre-Argument Statement be included with the appeal package documents, while the Second Department requires Appellants to file a RADI (Request for Appellate Division Intervention) Form—a much longer and more detailed document. Be aware that designations on the RADI Form must match those on the Record/Appendix and Brief covers. A filing could be rejected if they do not.

When perfecting a Record on Appeal/Appendix and Appellant’s Brief in any one of the four New York State Appellate Division Departments, the Appellant must submit a filing fee check in the sum of $315 along with the documents. A filing fee of the same amount is also required when the Appellant files a Record/Appendix and Appellant’s Brief at the New York State Court of Appeals level. This $315 filing fee is in addition to the $65 fee that is required when Appellants file a Notice of Appeal for a matter to be perfected at the Appellate Division or Court of Appeals level.

When an Appellant perfects an appeal at the United States Court of Appeals for the Second Circuit, however, the Court requires a docket fee of $500.00 (plus a $5 processing fee) to accompany the filing of the Notice of Appeal with the District Court. No additional filing fee is necessary when the Appellant files the Joint Appendix and Appellant’s Brief.

All the state and federal filing fees described above can be waived by filing a motion for In Forma Pauperis status.

Remember that these filing fees do not apply to supplemental or answering documents such as Respondent’s/Appellee’s Briefs, Reply Briefs, Supplemental Records/Appendices and Respondent’s Appendices.

The Notice of Entry in e-Filed Cases

A Notice of Appeal must be filed and served within 30 days of the date the Order or Judgment being appealed is served with Notice of Entry (CPLR § 5513(a)). Of course, if the Order with Notice of Entry is served via overnight mail instead of by hand, the Appellant receives one additional day to file the Notice of Appeal. If service is by regular mail, the Appellant receives five additional days instead (CPLR § 2103).

However, if a case is e-filed, does the mere fact that the Order or Judgment being appealed is uploaded onto the New York State Courts Electronic Filing System (“NYSCEF”) constitute “service with Notice of Entry” and start the clock with respect to when a Notice of Appeal must be filed? In short, the answer is no.

According to the New York County Clerk Protocol on Courthouse and County Clerk Procedures for Electronically Filed Cases, “The County Clerk shall file decisions and orders, long form orders, and judgments electronically, which shall constitute entry thereof (Uniform Rule 202.5-b(h)1(1)), as will be reflected in a legend on the document. Upon e-filing, an email message will be transmitted immediately to all filing users on the case. . . . Such notice does not constitute service of notice of entry by any party.” The directive continues that such Notice of Entry shall be served in the manner set forth by Uniform Rule 202.5-b(h)(3).

Said section reiterates that the mere appearance of an Order on the NYSCEF site does not constitute service of the Order with Notice of its Entry. It continues that “a party shall serve notice of entry of an order or judgment on another party by serving a copy of the order or judgment and written notice of its entry. A party may serve such documents electronically by filing them with the NYSCEF site and thus causing transmission by the site of notification of receipt of the documents, which shall constitute service thereof by the filer.” In the alternative, the Rule permits a party to serve written notice of entry of an order or judgment in hard copy by any method set forth in CPLR 2103(b)(1) through (6).

The Submission Calendar at the Appellate Division,
First and Second Departments

After perfecting an appeal or filing a Respondent’s Brief on behalf of our clients, we track the associated calendar dates for the Appellate Division, First and Second Departments. Once an appeal is placed on the calendar, the date represents when either an oral argument or submission will take place.

If the appeal is placed on the calendar for oral argument, the parties involved will prepare their arguments for that date. Usually there is a 30-minute time limit for all parties combined (e.g., 15 minutes for Appellants, 15 minutes for Respondents).

If the matter is placed on the submission calendar, no further action or appearance by the attorneys is required. The submission date is provided so that the parties are aware of when the papers will be sent up to the panel for review. The panel will then make a final determination based on the briefs that were filed. Typically, the parties can expect to see a decision within eight weeks of the submission date.

There are instances when a party may request oral argument, but the Court still places the appeal on the submission calendar. In the Appellate Division, appeals are set forth as enumerated or “non-enumerated.” If an appeal is non-enumerated, it is prohibited from oral argument and will be placed on the submission calendar. If your appeal is non-enumerated and you would like to argue the appeal in front of the panel, you may write a letter requesting permission from the Court. In the First Department, such letters should be filed no later than the day after Respondent’s Briefs are due within a particular Term. In the Second Department, there is no set deadline for this type of request; however, the letter should typically be filed prior to the filing of the last Reply Brief. The parties would then avoid the risk of having the appeal placed on the submission calendar before the request has been made.

How can I ensure that the Co-Appellant or Cross-Appellant shares in the cost of the Joint Record or Joint Appendix in AD1 or AD2?

“Unless otherwise ordered by the court, all parties appealing from the same order or judgment shall consult and thereafter file a joint record or joint appendix which shall include copies of all notices of appeal. The cost of the joint record or the joint appendix, and the transcript, if any, shall be borne equally by the appealing parties.” (see AD2 Rule 670.8 (c) or AD1 Rule 600.11 (d))

Although the rule spells it out clearly, there are many times when a Co-Appellant or Cross-Appellant is reluctant or unwilling to share in the cost of the Joint Record or Joint Appendix.

As the rules in both the First and Second Departments of the Appellate Division suggest, you should contact your Co-Appellant(s) or Cross-Appellant(s) with respect to the contents of the Joint Record or Joint Appendix to ensure that all Appellants are on the same page. Do not simply assume that if you were served with a Notice of Appeal/Cross-Appeal, all other Appellants are aware of the cost-splitting rule and will happily comply with it. In fact, it may very well be that the other Appellant(s) may not intend to perfect the appeal. In that instance, the Joint Record or Appendix would revert to a Record or Appendix, and cost splitting would be rendered moot.

If all else fails and another Appellant refuses to share in the cost of the Joint Record or Joint Appendix, you may be forced to move to compel him or her to do so in the Appellate Division. Rest assured that the Appellate Division will not take kindly to the flouting of the very clearly stated rule regarding cost splitting.