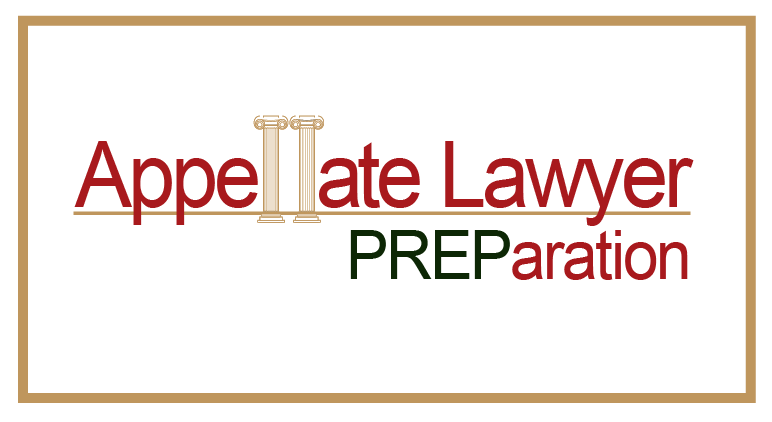 A Look Back and A Look Ahead

Approaching a 30 year personal milestone in the appellate industry I summon up the past and am no longer amazed at the resiliency of our 125+ year old industry. It’s an industry that has more than stood the test of time. And from my perspective I’m still but a child in it. It was in the late 1980’s when the New York State Appellate Divisions reduced the number of copies to be filed with the Court from 20 to 10.  There was an uneasiness throughout the industry and while all realized profitability would take a hit, we held steady, comfortable in the fact that we knew we were still in demand in the marketplace. We shed offset presses for digital printing, invested deeply in software and computers and weathered the downturn. It was but a decade later when a few of the industry pioneers, Reporter Company, Bar Press and Lutz Appellate Printers all sold off their businesses as ownership no longer could keep up with the growing demands of technology and the inevitable costs of modernization.

Spring ahead again another 10 years, when the Federal Circuit Courts reduced the number of copies filed from 10 to 3 – and then back to 6 when judges deemed the number too low. Our industry was again rocked back on its heels as margins took a further slide.  At the same time both the Federal and State Courts began to require accompanying CD’s with each filing and in various appellate courts digital uploads as well. Some in our industry adapted; but not all. The remaining printers again invested in new technology and PHP truly led the way, developing software to speed the process along, creating the first web portal to promote the easy transfer of records between law firms and appellate printers, and installing state of the art printing equipment with speeds up to 320 pages per minute. A consolidation of companies in the industry again began to take hold and PHP led the way. Reinvesting in infrastructure and keeping up with technology demands isn’t for the weak hearted.

Fast forward to the present as electronic filing has interwoven itself into every thread of our industry; again at the expense of hard copy filings. In February of 2018, new rules were enacted requiring matters in the Appellate Courts in New York State to be filed electronically through the NYSCEF website. Since then, e-filing rules and regulations have been expanding rapidly, and with the recent modification to the Appellate Division Second Department rules in which all electronically-filed briefs contain bookmarks or hyperlinks to the authorities cited in briefs, a wave of new business is flowing into PHP. That sure is a good thing. PHP is hiring more staff and again not sitting tight, as we can take on the additional workload thrust on us by the many changes in our industry, changes that in the past decade alone have taken their toll on 60% of the appellate printers who have either been acquired or shut their doors. Throughout all PHP remains an innovative force in the industry.

So as it goes now with appellate service providers and electronic filing. Thought of by many as the death knell to our industry, it has actually given us new life. But then, what it always seems to come down to is that you can either roll with the changes or succumb to them and we here at PHP have always been up for a good challenge.

As we now enter 2019 we are already setting our sights a decade down the road and are in the development phase of new technology that we hope will help keep PHP setting the bar in this century old industry. Will it be in the development of new artificial intelligence to assist preparing records? Or maybe 3D printers will make your exhibits come alive, or PHP drones will serve your documents on the go. Whatever the future holds, you can be assured PHP will adapt to all changes and continue to lead the way.

We’re planning on still being here and to continue to provide you with the same knowledgeable and friendly staff who truly understand that we would not be ranked number one in our industry if you didn’t allow us to serve you. And that surely does not go unnoticed.

Here’s to looking forward to the next 10 years and hoping you’re along for the ride with us. A healthy and prosperous 2019 to all.

PHP is in the business of compiling documents from lower Court records and assembling a Record on Appeal that is compliant with Appellate Division Rules. What this typically means is that our clients provide complete copies of the documents that were filed in the Supreme Court and then we, in turn, transform these separate documents into a single Record on Appeal. The Record is then utilized by the parties to cite to the portion of the Record containing documents referenced in their briefs. Assembly of the Record proof typically takes a couple of business days and our clients are then provided with a proof copy of what will likely be the final Record on Appeal.

However, there are occasions when attorneys contact us only days prior to their perfection deadlines with a need to perfect the appeal on a rush basis. The process on our end does not change; rather it must be expedited. We essentially are forced into a situation in which the client may need a proof of his/her Record within 1 day (or even later the same day) because in order to finalize the appellate brief, the attorney needs the proof to insert his/her referenced citations. In order to give the attorney time on his/her end, we have to turn around that proof extraordinarily quickly. If there are any changes to be made to the proof, they too have to be done quickly in order to have time to print the final run, accounting for the requisite number of copies that the Court requires both for service and filing.

In order to avoid these rush situations, especially given the recently added NYSCEF requirements, we encourage our clients to try provide the documents for the Records on Appeal well in advance of their filing deadlines. That way, they have the proofs from us in plenty of time to finalize both the Record and their brief. Moreover, it allows for efficient editing of both and avoids any potential priority charges or last minute emergencies.

The Appendix Method at the Appellate Division,
Third and Fourth Departments

In essence, an Appendix is an abbreviated Record on Appeal. When a trial goes on for weeks but only a portion of the transcript is pertinent to the appeal, an Appendix can be filed in order to eliminate the additional documents that could possibly dilute the Appellant’s argument. Our clients will often choose to file an Appendix instead of the traditional Record on Appeal for this reason or simply because the Appendix method is usually more cost-effective. 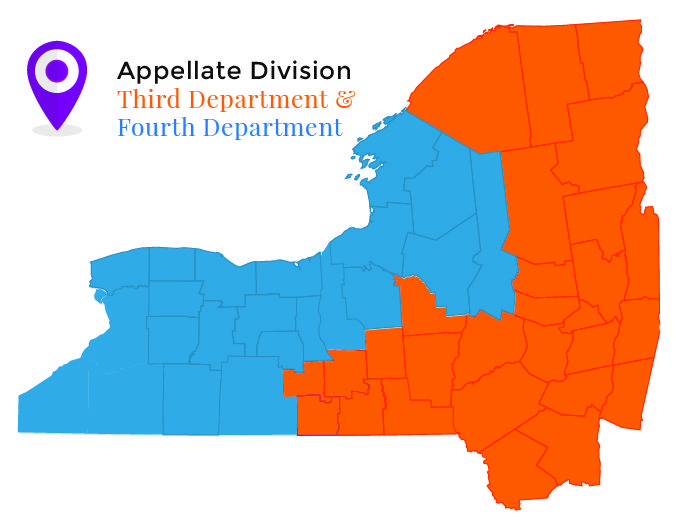 If you are filing an Appendix in either the Third or Fourth Department in order to save money, you might be cutting off your nose to spite your face. Unless the anticipated Record on Appeal would be exceedingly large, it usually is more efficient in AD3 and AD4 to simply compile a Record on Appeal instead of serving and filing both an Appendix and a Record.

In the Court of original instance, you will continue to e-file the notice of appeal, informational statement, and Order/Judgment appealed from with the notice of entry to the underlying docket sheet.

However, you must register the case with the appellate division directly. First you must select the associated Appellate Division found in the “select county” drop down list.  After selecting the appellate court, the option you are looking for is called “record initial case information.”

Once you have executed this initial step, you will receive an e-mail assigning a case number or docket number (AD2) to the appeal.

Once you have completed the two prong process, you will be able to e-file letter applications, stipulations, briefs, records & appendices. Keep in mind if your case qualifies as an e-filed case with the appellate division, applications to extend time, letters to withdraw an appeal or any type of communications with the Court will only be processed electronically.