Supreme Court Rule 14: What to include in the Appendix (and in what order) of a Petition for Writ of Certiorari 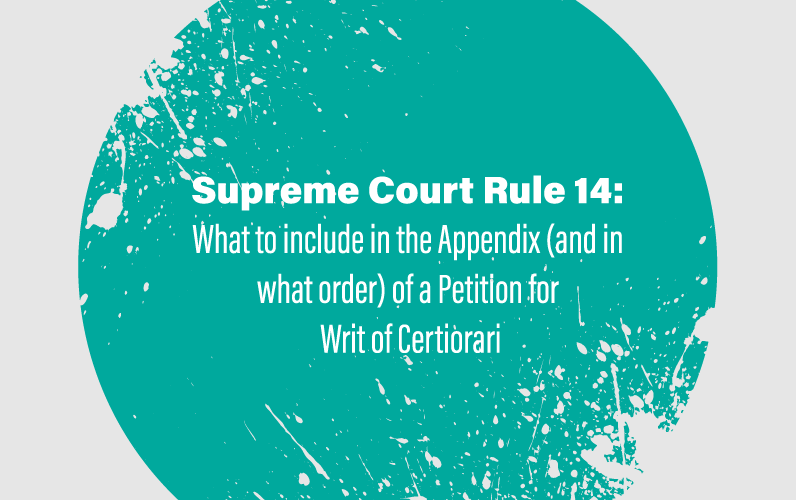 Have you ever asked what documents should accompany a petition for writ of certiorari in an Appendix and in what order they should be presented?

If what is being included in the Appendix is too lengthy, the Supreme Court will accept a separately bound volume or volumes with appropriate covers (rather than annexing the Appendix to the Petition itself). If, for whatever reason, the Appendix which you attempt to file is rejected (assuming that the Petition was timely filed) the Court will send you notice with the deficiencies and give you 60 days from the date of notice to correct the petition and resubmit same.