The Appendix Method at the Appellate Division, Third and Fourth Departments 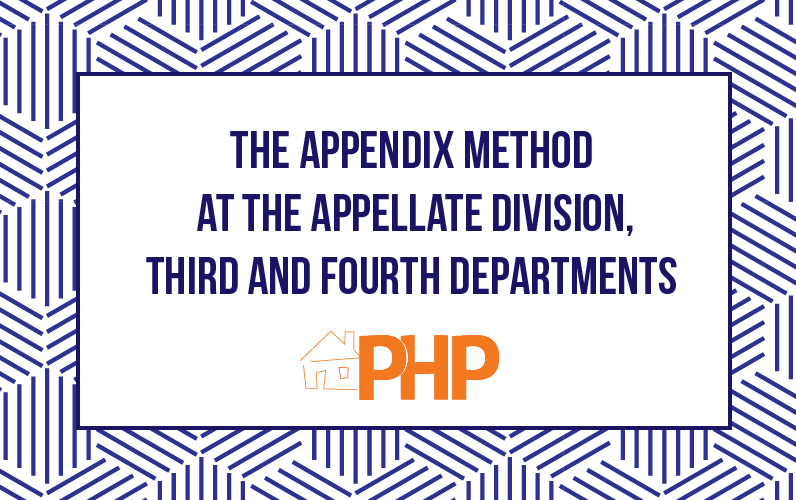 In essence, an Appendix is an abbreviated Record on Appeal. When a trial goes on for weeks but only a portion of the transcript is pertinent to the appeal, an Appendix can be filed in order to eliminate the additional documents that could possibly dilute the Appellant’s argument. Our clients will often choose to file an Appendix instead of the traditional Record on Appeal for this reason or simply because the Appendix method is usually more cost-effective.

If you are filing an Appendix in either the Third or Fourth Department in order to save money, you might be cutting off your nose to spite your face. Unless the anticipated Record on Appeal would be exceedingly large, it usually is more efficient in AD3 and AD4 to simply compile a Record on Appeal instead of serving and filing both an Appendix and a Record.