The Jurisdiction of the Appellate Division 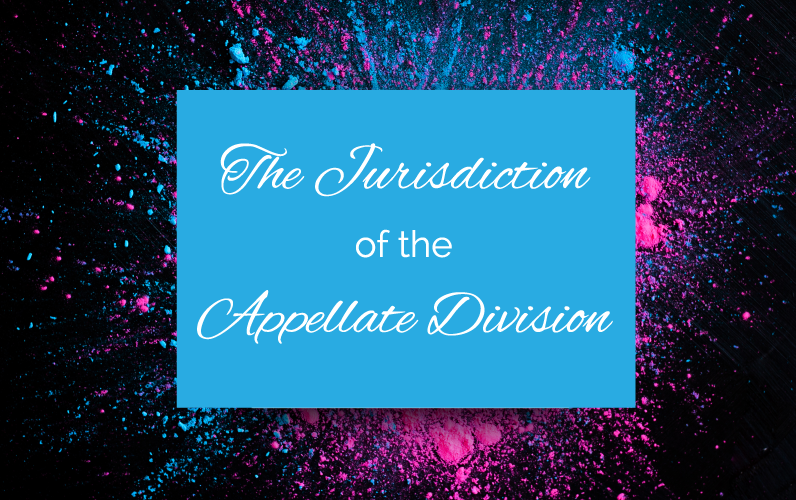 The Jurisdiction of the Appellate Division

In civil cases originating in the Supreme Court, Surrogate’s Court, and Court of Claims, most orders, judgments, and decrees
are appealable to the Appellate Division as of right, as are dispositional orders of the Family Court. Appeals from intermediate
orders in CPLR article 78 proceedings and in most proceedings commenced in the Family Court are appealable only by permission.

In criminal actions, appeals to the Appellate Division are generally authorized as of right by the defendant from a judgment or a
sentence. Pre-judgment orders are not appealable by a criminal defendant, but certain post-judgment orders are
appealable by the defendant only by permission. The People may appeal as of right from certain pre- and post-judgment orders
and sentences. Appeals as of right are taken by filing a notice of appeal in the office of the clerk of the court in which the order
or judgment appealed from was made and appeals by permission are taken by making a motion for leave to appeal and
obtaining an order granting such permission.

In the process of deciding an appeal, appellate courts must review the claims of the appellant that the court from which the appeal
was taken made certain errors affecting the order or judgment on appeal. Unlike the Court of Appeals, which, with
limited exceptions, has only the power to review errors of law, the Appellate Division has broad power to review questions of
law, findings of fact, and exercises of discretion.

Thus the Appellate Division has both appellate and original jurisdiction over a wide variety of matters. It has broad powers to
review errors of law, findings of fact, and exercises of discretion, and somewhat more circumscribed powers of review in original special
proceedings. This statutory scheme is in general conformity with the intent of the framers of the Constitution of 1894 that the
principal purpose of the Appellate Division was to be the promotion of substantial justice by the correction of errors and the screening of
cases for the Court of Appeals.