The Submission Calendar at the Appellate Division, First and Second Departments 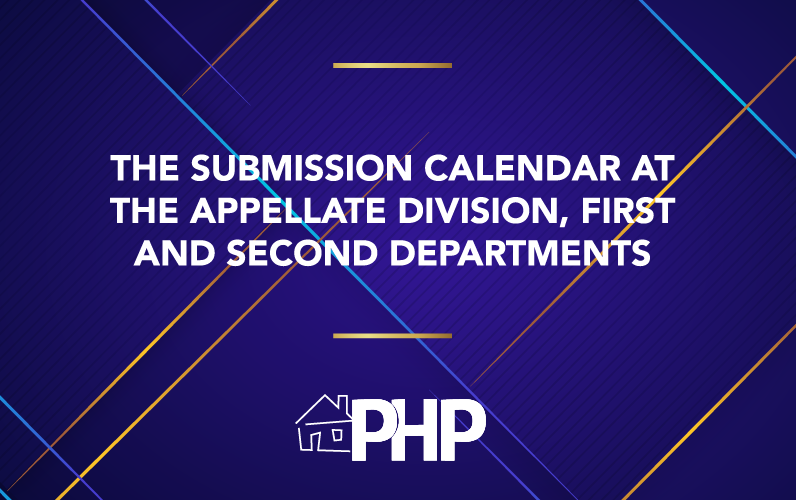 After perfecting an appeal or filing a Respondent’s Brief on behalf of our clients, we track the associated calendar dates for the Appellate Division, First and Second Departments. Once an appeal is placed on the calendar, the date represents when either an oral argument or submission will take place. If the matter is placed on the submission calendar, there is no further action/appearance required. The submission date is provided so that the parties are aware of when the papers will be sent up to the panel for review. The panel will then make a final determination based on the briefs that were filed. Typically, the parties can expect to see a decision within eight weeks from the submission date.

There are instances when a party may request oral argument, but the Court still places the appeal on the submission calendar. In the Appellate Division, appeals are set forth as enumerated or “non-enumerated.” If an appeal is non-enumerated, it is prohibited from oral argument and will be placed on the submission calendar. If your appeal is non-enumerated and you would like to argue the appeal in front of the panel, you may write a letter requesting permission from the Court. In the First Department, such letters should be filed no later than the day after Respondent’s Briefs are due within a particular Term. In the Second Department, there is no set deadline for this type of request, however, the letter should typically be filed prior to the filing of the last Reply Brief. The parties would then avoid the risk of having the appeal placed on the submission calendar before the request has been made.